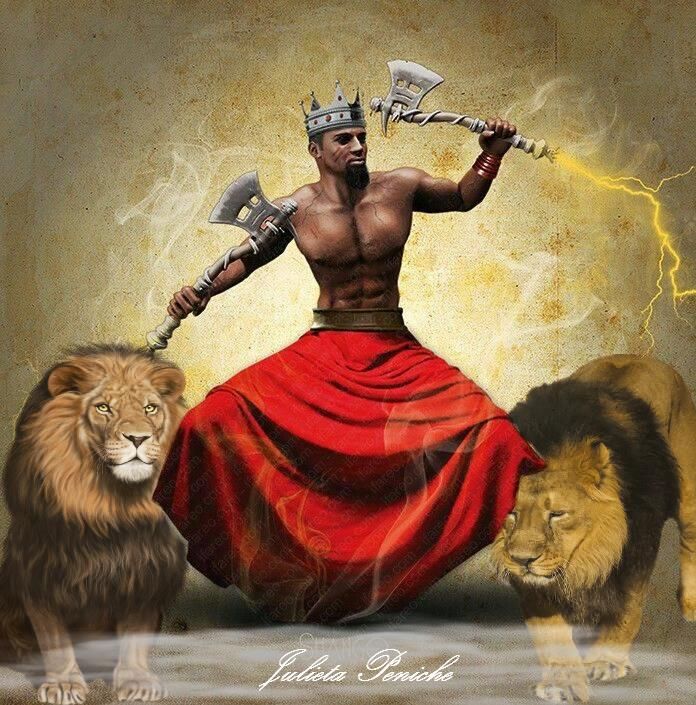 Chango is the Orisha of the lightning, war but also of drums, music, and dance. He represents masculine power and sensuality. His dance is energetic and powerful and has a special connection to drums. His movements are often considered standard for Timba freestyle both for men and women.