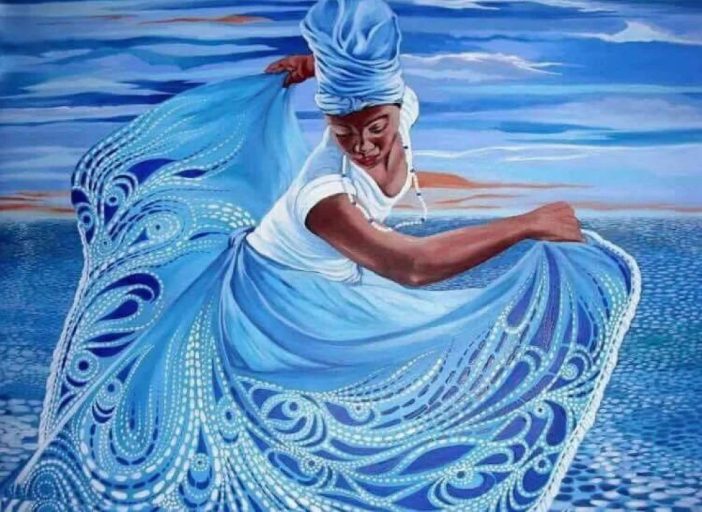 Yemaya is the Orisha of the Sea and is the mother of many Orishas. Both of these aspects are well connected – She has a side that is calm, confident, strong, and caring. But when angered she can be similar to a rough storm in the sea.
The yemaya dance has a lot of flow, and the same sense of calmness, confidence, and strength. Her movements are often considered standard for Timba freestyle both for men and women.