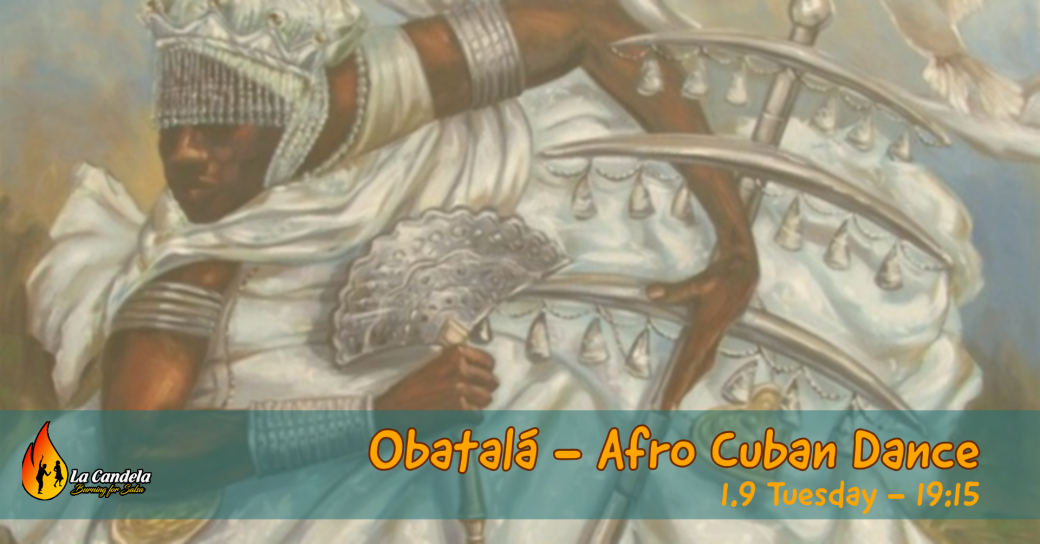 Obatalá is the Orisha of peace and grace, purity and wisdom. He is the father of all orishas and the one that created man. His dance shows different faces of the deity, sometimes of an old man symbolizing purity, sometimes of a graceful grandiose king.