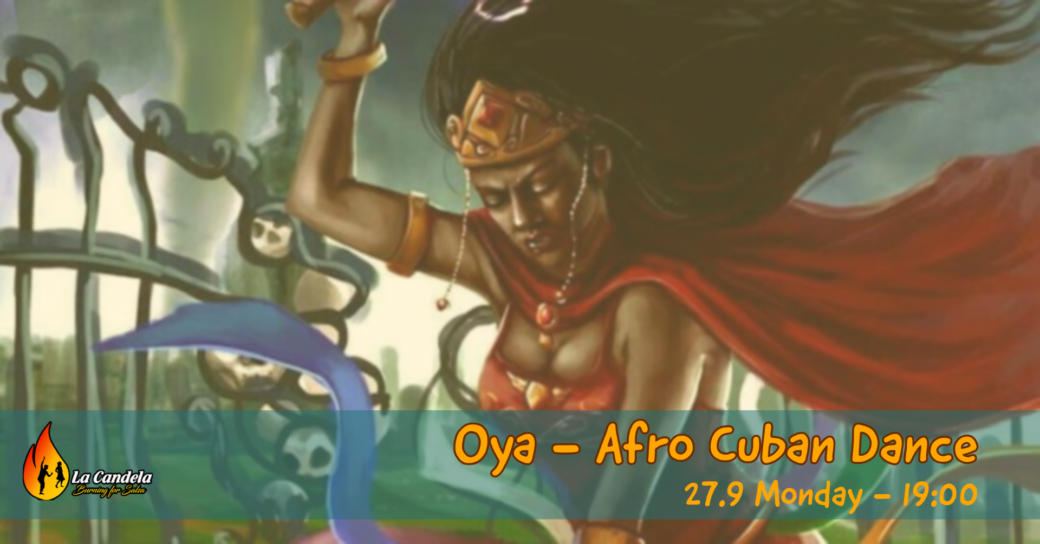 Oya is the Orisha of winds, lightning, death & rebirth. She is the guardian of the dead and guides the souls to the right place. Her dance is energetic and flows like the wind and is as strong as lightning. Her movements are often considered standard for Timba freestyle both for men and women.