Son is a wonderful and underrated Cuban dance. In this article we will discuss what makes Son so special and how it is relevant to Cuban Salsa dancers.

I will not discuss the history of Son in details, but let’s make a very quick introduction to what is Son. Son is first and foremost a distinct music style that originated from east Cuba during the 19th century. During the 20th Century, it gradually gained popularity and turned from music and dance for the peasants, to a big hit in Havana’s ballrooms. Above all, you can summarize it in one word – Elegance. It is the music style that preceded and gave birth to Timba on which we dance Salsa (or casino) nowadays. Since then the popularity of Salsa grew and grew, while unfortunately, the popularity of Son declined.

And here we are, to talk about the beauty of Son, which I hope will, in turn, inspire you to better understand and practice this wonderful dance. I know, that in my earlier dancing days, I had the wrong impression that Son is “Old”, just a boring version of Salsa. Time taught me how wrong I was, and I hope to pass on my realization to you.

So what is actually the difference between Son and Salsa?

So, musically speaking what is the difference between Son and Timba (Cuban Salsa)?
That’s an open question, and I’ve heard of many different opinions regarding it. One opinion in particular claimed that there is no difference! According to some, Timba is just one of a few versions of Son – essentially it is Son. There is more than a little truth to this claim. Many many patterns in Timba have evolved from Son. To keep it simple, the 2-3 Son Clave for example is the most dominant Clave in Timba. The bass base notion of 2 notes in a measure, down-up or up-down is the same bass notion that exists in Timba (although Timba tends to go off the charts at times). The song structure of Intro-Main-Montuno-Finale is shared between the two as well.

Still, there is a clear difference with some Son songs. Usually it is the instrumentation, and some typical Son only patterns that let us declare distinctively that a Son song is not Timba. The Tres guitar, a special guitar with 3 strings, for example is dominant in traditional versions of Son, and is much rarer in Timba.

Without getting too deep into the musical details, for dancers I find that there are two main important differences:

The first is that Son music has a strong emphasis on the off-beats rather than the beats (Offbeats are the 2/4/6/8 beats). Particularity strong are the 4 and 8 beats (as dancers would count it). This gives a completely different feel to Salsa songs that tend to emphasize the beat, and more notably, beats number 1 and 5. This difference causes Son dancers to dance “Contra-Tiempo”, or simply put in English against the beat, or On2 if you’d like. Additionally, since the 4th and 8th beats in Son are so strong, dancers tend to translate it to a fast-fast-slow movement, which is creating a vastly different feel to the fast-fast-fast-stop feel we have in Salsa.

The second difference is that Son music tends to be more elegant that Timba. I’ll explain what I mean by Elegant.

Think of the game of Chess. It’s not the most complex game that the world has to offer, in terms or rules of possibilities of action. Almost any modern computer strategy games more complex than Chess. The beauty of chess though is in its elegance. With small number of rules and with a small number of actions, the complexity of the game is surprisingly high, and each move has a huge effect. One needs take each step with extra care and thought.

Son is similar to chess in that regard. Timba complexity might be usually superior to Son, but in Son each instrument, pattern and note is selected very carefully to create the magic that is Son. It is (relatively) simple, yet creates a beautiful complex of music. And the beauty is that this musical elegance translates directly to the dance. Simple and careful music requires simple and careful dancing. In other words, elegant music requires an elegant dance. We will discuss it further in the next passages.

The Atmosphere of the dance

What people often forget when they dance, is that each dance has a story to tell, history to repeat, and intention to express. is not only steps, but it’s also emotion, and projection of intention. Cuban Salsa, for example, has one story that I consider as typical. It is a story of flirtation in the Cuban street. The man is persistent, full of confidence, using his body to convey a sort of an alpha males prowess. At times elegant and respectful, and at other times “dirty” or better said full of sexual tension. Throwing looks and gestures to places we westerns think of as rude. The woman is also strong, sexual and “plays the game”. Sometimes she plays interested, but even if she is, she will give the man a hard time anyway. It is the Cuban street in a dance. It is a mixed atmosphere that has been inherited from both Son and from Rumba.

The “story” or “atmosphere” of Son is the story of an old-school courtship. It comes from a different era, and is portraying a very subtle and respectful flirt. The sexual tension is low, It’s a dance between a gentleman and a lady. Or simply put, as some say: “You should dance Son, as though her father is watching”. As such, the dance is very measured. The man tries to impress, where the lady is trying to be graceful and measured.

Corresponding to the elegance of the Music, and to the atmosphere of a different era, the dance of Son is simply elegant.

First, closed position is vastly more dominant in Son than in Salsa. In Salsa closed position is often treated more as a “pregame” or a climax. We start a dance with it, and we go back to it when we need to chill or have a higher degree of intimacy, but in Salsa we usually shine in our open position.

In Son many dance elements are done in closed position – the closed position just tends to be much more robust and interesting. Additionally, in closed position each step has importance, and a good Son dance often reflects the music and the atmosphere of the dance with a single step. A single step forward creates a feeling of flirtation, and a simple break step is as strong as thunder.

Second, the elements tend to be simple in Son. The complexity of Salsa’s knots does not the elegance of the music nor the intention of courtship. each element is rather simple and is done with the utmost intention. An open hand after a Dile Que No is a formal invitation. Walking the woman around is “opening the door” for the lady to pass.

Leading is subtle and precise

So the dance is simpler, true, well at least from the outside. That is not to say the dance is easy to lead or follow. In comparison to Son, Salsa leading is crude, almost aggressive (just like the difference in the atmosphere). Son is all about subtle notes. In a dance where each small step counts, each leading note counts. The leading is very subtle yet precise. Coming from Salsa, leads will face the challenge to become precise, full of intent and softer in their leading. Followers coming from Salsa will have to react faster and to much subtler notes of leading. This requires from followers a higher level of attentivity and connection. Not to mention that followers have to keep calm, collected, and elegant while the challenge of following is higher. For Salsa dancers, Son is truly a growing experience.

To sum it up

It is a beautiful thing to have these two dances, Salsa and Son. They let us project different sides of us on the dance floor. Cuban Salsa is full of energy, dirty, crazy, it’s a roller coaster. Son lets us go back a century, and pretend for a dance we are in an early 20th century Cuban ballroom.

But while these two dances are different, Son and Salsa are still close relatives. A Cuban Salsa dancer will learn and massively improve his/her leading/following skills if he/she chooses to dabble in Son. It’s an amazing learning experience that teaches one to appreciate many things we often neglect in Salsa: position, precision, simplicity courtesy and more…And the beautiful thing is that anything you learn in Son translates into Salsa almost directly. So if you want to to take your dancing further – Don’t hesitate and learn Son. 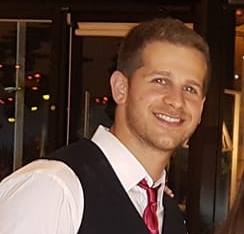 The owner of La Candela. A Dancer and a certified teacher for Cuban dances for over 10 years. Studied under many Cuban teachers, including with Conjunto Folklorico Nacional de Cuba for a longer period of time.